What is Coeliac Disease?

Coeliac disease is an autoimmune disorder that affects the digestive system and typically begins in childhood.  Coeliac Disease is a lifelong intolerance to gluten, which is found in wheat, barley, and rye.

Although Coeliac Disease cannot be cured it can be controlled with a strict gluten free diet.
While there are many symptoms associated with this gastrointestinal condition, some are more common than others.

Around 3,000 people are diagnosed with Coeliac Disease in the United States each year, with an average of 14 new cases being diagnosed each day.

Symptoms can show up at any age. However, they don’t usually show until later childhood or adulthood as the body develops antibodies against gluten.

The following article provides insights on the causes, symptoms, and side effects of coeliac disease for those who suffer from this health condition and how your gastroenterologist can help with your condition.

Coeliac disease is triggered by the ingestion of proteins contained in cereal grains, and these proteins are found in all varieties containing prolamins including wheat, rye, barley and oats.

Clinical presentation varies greatly due to the variable immunotoxicity of these cereal grains, but may present as gastro-intestinal disturbances, anaemia or unexplained chronic fatigue.

Many people with this disease often experience infertility problems, if they are not diagnosed with the condition while using family planning methods.

In addition to these gastrointestinal problems, cardiovascular diseases can often lead to serious complications. 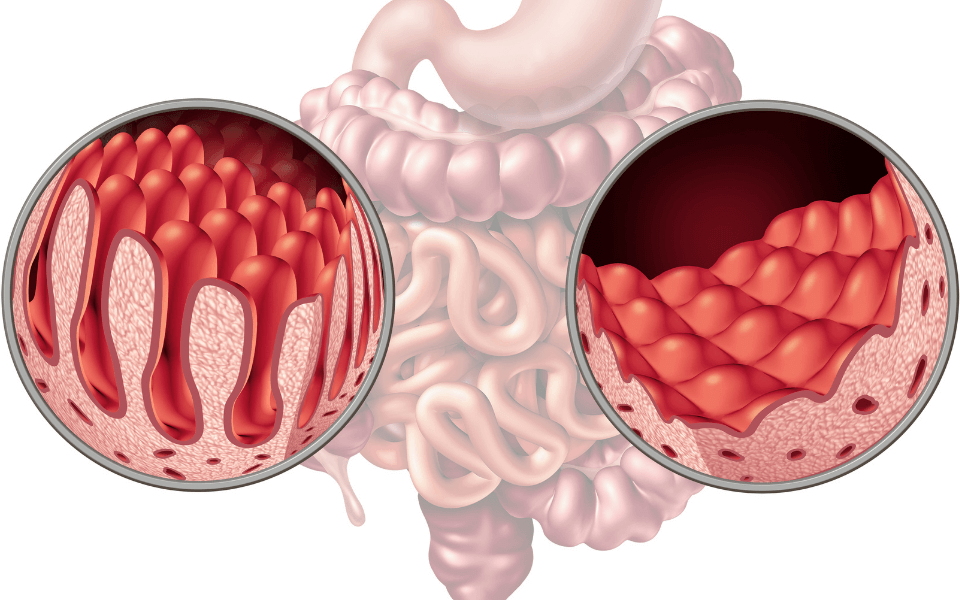 Gluten is a protein found in wheat, rye and barley.

The protein form links between the flour’s starch and water, and is what gives bread dough it’s strength to rise.If you don’t have a sensitivity or adverse reaction to gluten, then you’ve probably had more benefits than harm from it.

In this article you will get some more insight on gluten intolerance and when to see a gastroenterologist.

How to Treat Coeliac Disease

Understand the difference between celiac disease and gluten intolerance.

In some people the changes in the small intestine triggered by consuming gliadin or other gluten proteins can cause long-term damage.

While these reactions are not autoimmune in nature, they have widespread health effects and sufferers should be gluten free for life. A strict gluten free diet is often enough to treat sufferers of celiac disease.

The most common ways to treat Coeliac Disease are through a strictly monitored gluten-free diet, which must be maintained for life.

A gluten free diet, however, doesn’t have to be boring for you and your family as there are lots of alternatives now available. For example, in the past If you wanted to make pancakes, bread or pizza, there wasn’t much that you could actually do – but these days it’s completely different.

The success of the diet will depend heavily on the commitment of the patient. In some cases, people can be reintroduced to gluten in the form of grains such as wheat, rye or barley, which may cause intestinal damage and other problems.

Other conditions may need to be treated concurrently with Coeliac Disease and should be discussed with your doctor before commencing a treatment program.

Responsible use of medications can help make it more likely that you’ll find remission from your condition for as long as possible and patients have even reported remission for decades after adopting a well-managed gluten-free diet although symptoms can fluctuate significantly over time.

Coeliac disease is a long-term condition that causes the small intestine to produce antibodies against gluten.
This means that patients become intolerant to the gluten in wheat, barley and rye.

General symptoms of Coeliac Disease include:

Other symptoms can include:

Some symptoms can be eliminated with the use of medication prescribed by your Doctor.

If you’re suffering with these symptoms you should get yourself checked out because it could be due to your diet rather than something else that may have an easier fix.

Patients are advised to avoid eating gluten and foods that are high in gluten such as: 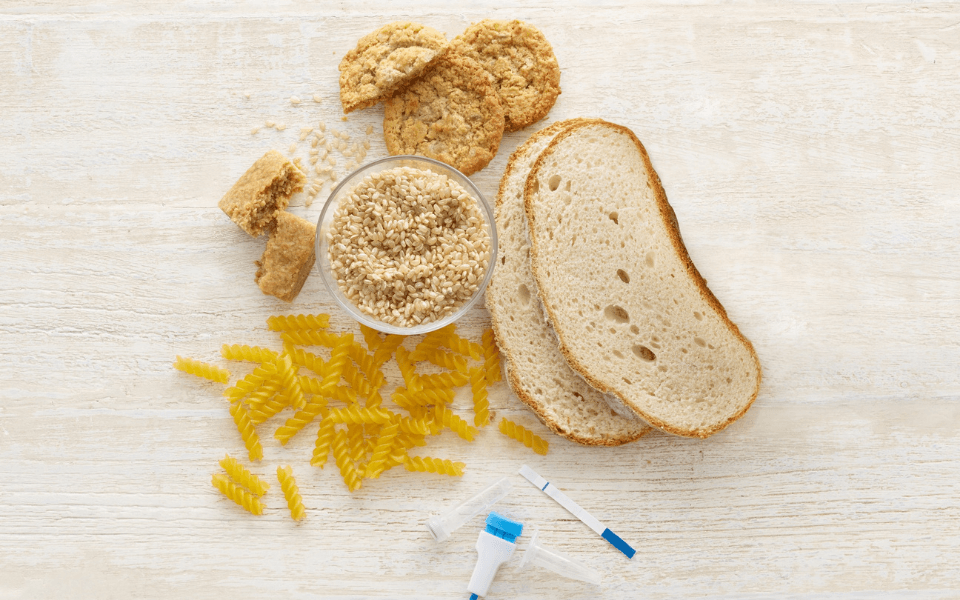 How Coeliac Disease is Diagnosed

Tests such as blood tests and medical examinations, may be used by a doctor to help them diagnose coeliac disease.

Your doctor will examine you, paying close attention to the signs which suggest that an individual might have coeliac disease symptoms.

If you have no digestive symptoms and your doctor feels you are at risk from developing coeliac disease, they may take a blood sample.

This is often carried out after a meal that contains wheat protein.

It’s a three-day challenge that gives you the chance to try eating gluten.

It’s as simple as that really.

One of the most common questions that I am asked by my patients is if a gluten free diet is really needed.

There are also many people out there who may have the occasional gluten-based food and don’t even know about gluten intolerance.

It all comes down to trial and error, in fact it’s one of my main beliefs within medicine that testing your body through dietary changes allows you to determine and manipulate how your body responds.

The thing is, this information isn’t new. It’s been around for years and considered gospel by the right people in the autoimmunity world.

Today, many people are trying an elimination diet approach where they simply stop consuming all gluten for a period of time.

Some will only do this for weeks while others will take it further and eliminate all grains as well, which means no more bread or pasta.

Because Coeliac Disease is not caused by an infection or other food intolerance the treatment focuses on the effect of gluten on the immune system.

Expert nutritionists suggest a gluten free diet. However, many of us choose to remain gluten free without professional assistance. High fibre, whole foods and avoidance of all added sugar is recommended.

The chance of developing Coeliac Disease increases with an older age and those with high iron levels. High intake of fructose, dairy products and caffeine is also associated with a higher risk.

Blood tests are used to determine the presence of antibodies against gluten. If you have Coeliac Disease your body produces antibodies which prevents it from digesting gluten. 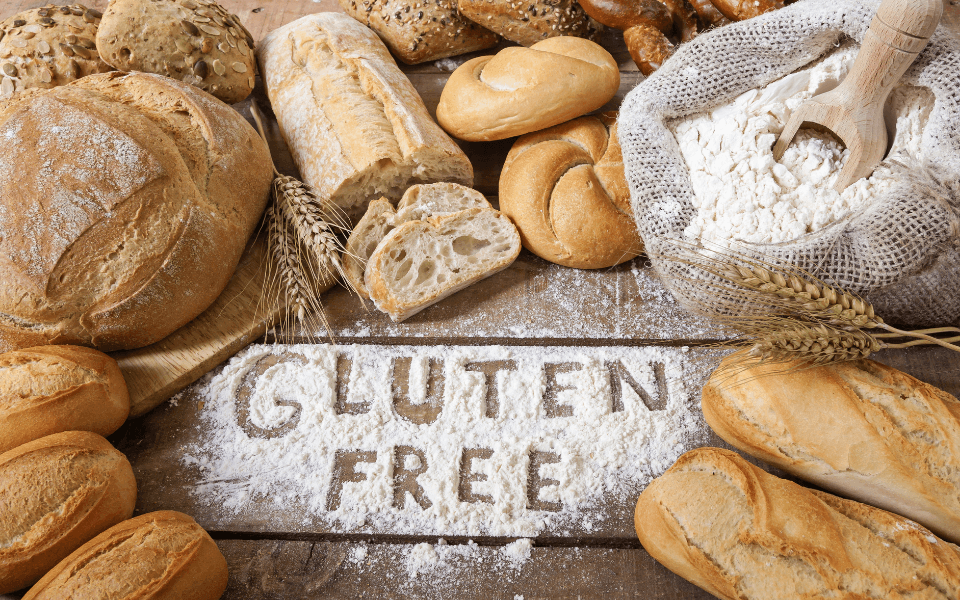 Avoiding gluten isn’t as hard as you think.

You can easily begin following a gluten free diet without knowing much about how to follow such a lifestyle.

The truth is that if you have celiac disease or gluten sensitivity, you should be avoiding gluten anyway.

Talk to your Doctor to work on a gluten-free meal plan and start your way to a better you.

GiDoc Johannesburg is here to provide you with expert medical advice in the field of gastroenterology.
Book an appointment online or give us a call at 011 482-3010 to find out more.