Colorectal Cancer: What You Need to Know

One of the most common cancers in the United States, colorectal cancer is a tumor that occurs in the lining of the large intestine (colon) or rectum.

Let us dig deeper as to what colorectal cancer is and what else you need to know about it like the symptoms, types, and risks.

What is Colorectal Cancer

Colorectal cancer is a type of malignant tumor that affects the colon and rectum. It is also known as colorectal carcinoma, bowel cancer, colon cancer, or rectal cancer.

Colorectal cancer has four main stages with each stage marked by specific symptoms.

Stage 1 typically shows no symptoms and can be found during routine screening.

Stage 2 includes blood-filled stools that are black, tarry, dark-red, and gray and colonoscopy show mild inflammation or growths on the wall or ulceration near your anus.

The fourth and final stage is the most dangerous, as it is often fatal. In this stage, cancer spreads to other parts of the body, causing severe pain and obstructions, which may be life-threatening. 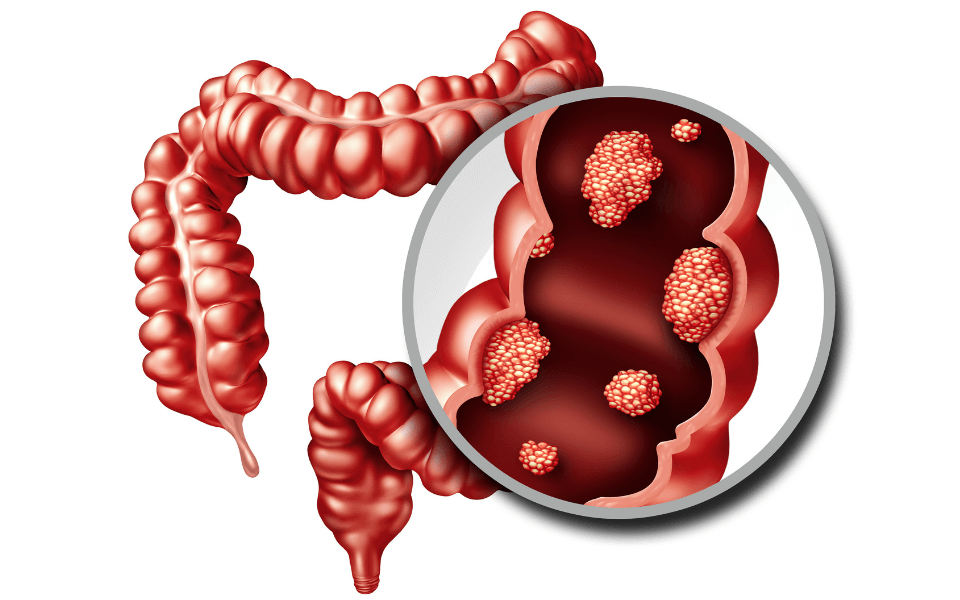 Colorectal Adenocarcinoma
Adenocarcinomas of the colon and rectum account for 95% of all cases of colorectal cancer. Rectal and colon adenocarcinomas form in the cells lining the large intestine in the gastrointestinal tract and spread to other layers.

Gastrointestinal Carcinoid Tumors
Carcinoid tumors are slow-growing cells that can appear in the lungs or gastrointestinal tract. They are responsible for 1% of all colorectal cancers and half of all small intestinal malignancies.

Primary Colorectal Lymphomas
Primary colorectal lymphomas account for roughly 0.2 to 0.6 percent of all colorectal malignancies. Men are more likely than women to get this kind of colorectal cancer.

Gastrointestinal Stromal Tumors
Gastrointestinal stromal tumors (GISTs) are a rare type of colorectal cancer that develops in a type of cell found in the GI tract’s lining. GISTs develop in the stomach in more than half of cases. The second most common location is the small intestine and next is the rectum.

Leiomyosarcomas
Leiomyosarcomas means “cancer of the smooth muscle,” affecting the three layers of the muscle in the colon and rectum that function together to guide waste through the digestive tract.

Melanomas
Melanomas are skin cancers that can appear anywhere, including the colon and rectum. Malignant melanoma was thought to be the most common tumor metastasizing to the colon, despite having rare cases. 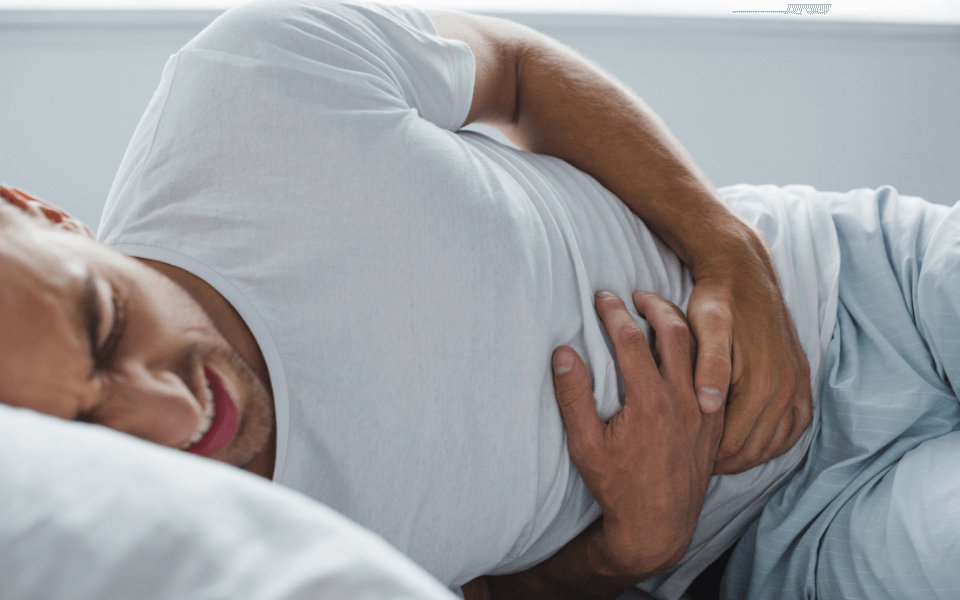 Symptoms of colorectal cancer do not initially appear so you may have one, but you are just completely unaware of it.

That is why it is critical to have frequent cancer screenings.

Take note of the following symptoms especially in the early stages:

If colorectal cancer spreads to other parts of your body, you may have the following symptoms: 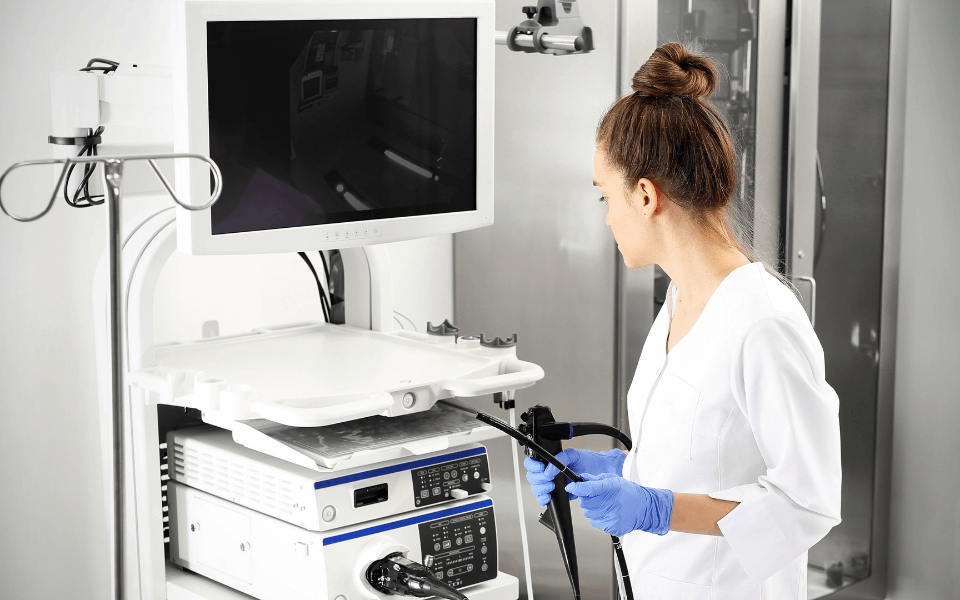 The American Cancer Society recommends that everyone undergo routine screening every year starting at age fifty or sixteen years old with a simple exam called the fecal occult blood test (FOBT) or sigmoidoscopy which involves looking into your rectum and colon.

Your doctor may conduct the following tests to diagnose colorectal cancer:

Colonoscopy – a procedure that examines the colon and the rectum to detect changes or abnormalities. A long, flexible tube (colonoscope) is placed into the rectum during a colonoscopy. The doctor can see the inside of the colon thanks to a tiny video camera at the tube’s tip.

Virtual Colonoscopy (also called CT colonography) – employs specialized x-ray equipment to look for cancer and polyps in the large intestine. A tiny tube is placed into the rectum during the exam to allow for gas expansion while CT images of the colon and rectum are captured.

Gastrointestinal Exam (GI x-ray) – used for inspection, auscultation (listening to the internal sounds of the body, usually using a stethoscope), and gentle palpation of the abdomen will be performed to detect visual abnormalities, bowel sounds, and softness/tenderness.

Other exams would be abdominal and pelvic CT, positron emission tomography (PET), MRI (magnetic resonance imaging) of the body, and endorectal ultrasound. 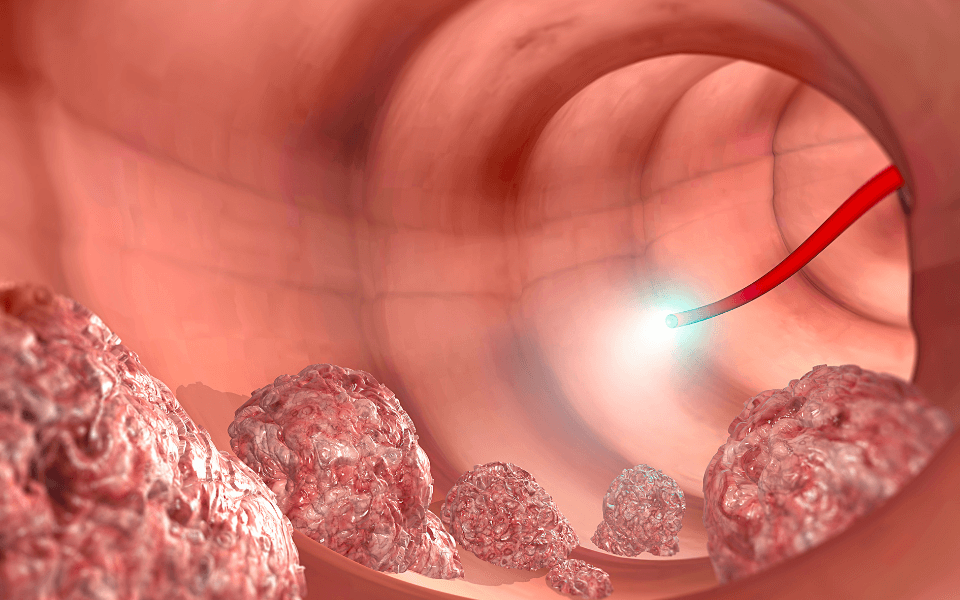 Depending on the stage (size and spread) of cancer, surgery may be required to remove the tumor, which may involve removing part or all of the colon.

When deciding on the optimal treatment choice, the doctor will also examine the patient’s age, overall health status, and other features.

Listed are some of the ways to treat colorectal cancer:

Ablation – small tumors (less than 4 cm in diameter) are destroyed using ablation techniques rather than surgery. It can also be used to treat tumors that have spread to other parts of the body.

Embolization – can be used to treat tumors that are greater than 5cm (about 2 inches) in diameter and are often too large for ablation. It can be used in conjunction with ablation.

Chemotherapy – cancer treatment that employs the use of strong chemicals to eradicate malignant cells. It is a systemic treatment, which means the meds work throughout the body to stop malignant cells from spreading.

Targeted Therapy – bio-engineered medications that target specific proteins found on cancer cells are used. These medications can be used on their own or in conjunction with other treatments.

Immunotherapy – the use of drugs to assist a person’s immune system in recognizing and destroying cancer cells. Some people with advanced colorectal cancer may benefit from immunotherapy.

Radiation Therapy – a cancer-killing treatment that uses high-energy rays (such as x-rays) or particles. It is frequently used to treat rectal cancer rather than colon cancer.
Chemotherapy combined with radiation therapy can improve the outcome of some colon and rectal cancers. These two treatments are called chemoradiation.

External Beam Therapy (EBT) – a type of radiation therapy that involves directing many high-energy x-ray beams directly at a patient’s tumor over a period of one to six weeks.

These x-rays direct radiation to the patient’s tumor, destroying cancer cells while limiting the effects on healthy tissues nearby.

The goal of all these treatments will be to get rid of cancer, prevent it from spreading, and alleviate any unpleasant symptoms.

But who treats colorectal cancer? 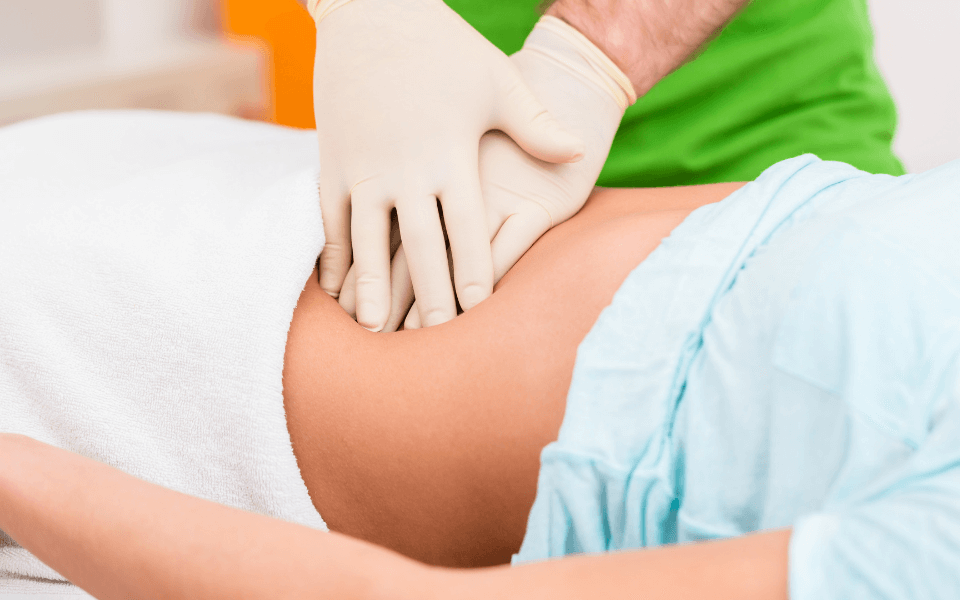 Understanding the risk factors for colorectal cancer is important for prevention, since implementing preventative actions can minimize the risk of developing the disease.

The following are some of the factors that may increase the risk of colorectal cancer:

However, you can control some life factors such as weight, diet, activity level, smoking, and drinking.

Colorectal cancer is a prevalent kind of cancer and a primary cause of mortality.

Early treatment can help eradicate malignant cells and improve the chances of a successful outcome.

Symptoms, on the other hand, may not occur until later stages. Anyone who is at risk for colorectal cancer should talk to their doctor about being screened.

Regular screening increases the likelihood of an early diagnosis.

Learn More from the Experts

GiDoc Johannesburg is here to provide you with expert medical advice in the field of gastroenterology.