Irritable bowel syndrome, while not life-threatening, can be a real hindrance to your daily routine and sense of wellbeing.

Here we look at its effects and how to manage the associated symptoms.

Irritable Bowel Syndrome otherwise known as “IBS“, can be a real deterrent for a life comfortably lived. The syndrome itself is a functional disorder affecting both adults and children alike.

It can cause very uncomfortable symptoms and can truly affect one’s livelihood to the point of real anguish.

The use of ‘functional’ to describe this disorder refers to the fact that there is not something wrong with the physical tissue of the digestive system.

Instead, irritable bowel syndrome systems are the result of changes in the functioning of the digestive system.

While irritable bowel syndrome is not life-threatening, it can disrupt many of a sufferer’s day-to-day activities to the point where lives need to be adapted around the syndrome.

Looking at this positively, it does not increase one’s chances of developing colon conditions such as Crohn’s disease or ulcerative colitis.

Speaking of symptoms, irritable bowel syndrome presents with a number of symptoms associated with the gastrointestinal system such as abdominal pain, cramping, food intolerance, bloating, and increased gas.

None of the above warrant hospital admission, unless it’s very serious, but it does cause a significant negative impact on one’s life from your work schedule to your ability to attend social events with friends and family.

In this article, we will start our look into IBS by exploring the causes of the syndrome followed by delving into the symptoms shown by those suffering from it.

Lastly but probably most importantly, we will look into methods we can use to prevent the onset of irritable bowel syndrome and prevent all the associated negative effects thereof. 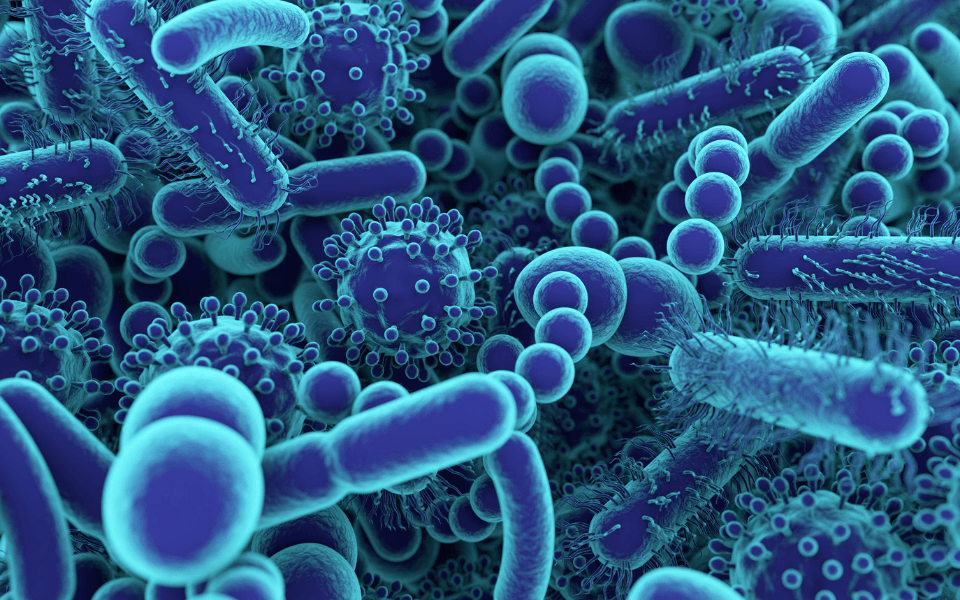 Why Does Irritable Bowel Syndrome Occur?

Those two words carry the weight of the entire explanation of irritable bowel syndrome and the gastrointestinal tract as a whole in terms of its health and optimum functioning.

Several factors trigger IBS but the chief culprit is an underlying change in the gut bacteria environment.

A number of other factors including the alteration of the gastrointestinal tract motility, and abnormal nervous system signals all contribute to the possible onset of IBS symptoms.

It’s important to limit factors that may result in these alterations and changes in gut bacteria. If limiting is not possible then it is important to at least understand what is going on to help better manage the symptoms.

That said, let us take a look into a broad range of factors that may predispose one to IBS and the related symptoms.

Psychological conditions such as anxiety and depression have been found in many people with IBS. Whether the two are a result of causation or a simple correlation is unknown with IBS.

In other words, psychological conditions may not be a direct cause of IBS, but research may find that it increases the probability that you will develop IBS.

Small Intestinal Bacterial Overgrowth (SIBO) is the term used when one has too much bacteria in one’s intestine. While it is great to have a large gut bacteria environment, things start to become unhealthy when the gut reaches a state of being considered ‘overgrown’.

This indicates a shift in the balance of your small intestine’s environment. SIBO has its own list of risk factors ranging from diabetes to having a small intestine with an unusual shape.

In essence, SIBO usually starts when your small intestine doesn’t move food along the way it should. This can cause bacteria to grow and stay in an area too long. An imbalance can then occur if the “good” bacteria is hindered by the proliferation of harmful bacteria.

This is most likely caused due to poor absorption of sugars or acids in food. The result is irritation of the bowels and typically leads to IBS symptoms. 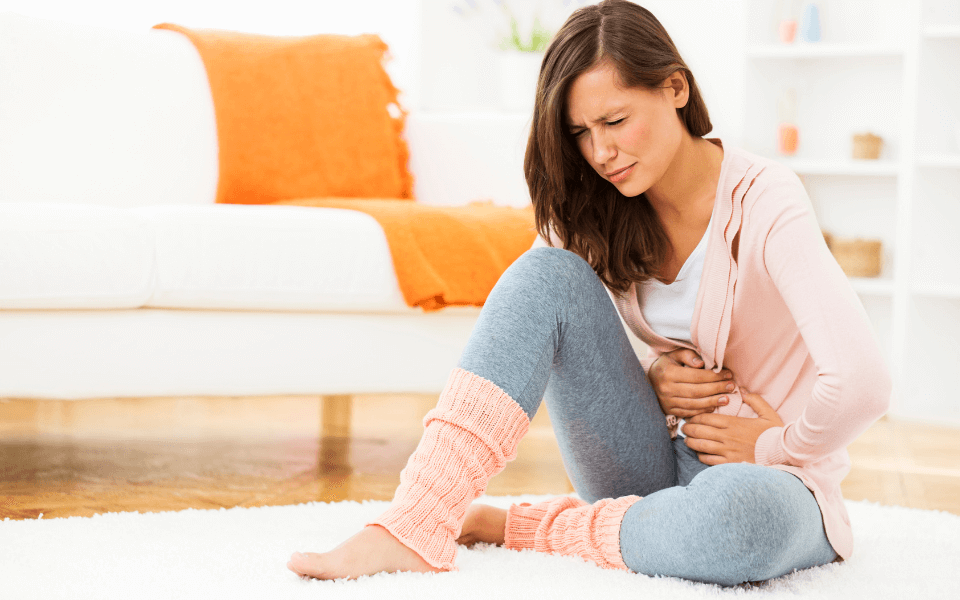 Generally speaking, IBS involves changes in the frequency and physical form of bowel movements. It is normally associated with lower abdominal pain as well.

Pain and cramping happen to be the most common symptom and a key factor in diagnosing the presence of IBS. The cause of this, explored later in this article, is related to changes in a patient’s microbiome.

Diarrhoea affects about one-third of those suffering from IBS making it another common sign of IBS. This in contrast to a less intuitive sign of IBS, namely constipation. In fact, constipation affects nearly half of people with IBS.

The root cause lies in altered communication between the brain and the bowel causing a change in bowel movement speed.

Diarrhoea and constipation can severely disrupt your plans and normal schedule. Routine trips to the shops or meetings may become stressful arrangements due to the often sudden arrival of IBS symptoms.

One of the most annoying reported symptoms of IBS is bloating. Most people with IBS report this making it an expected symptom when dealing with irritable bowel syndrome.

The above signs and symptoms are quite consistent across patients with high probabilities of occurring in patients with IBS. The next couple of symptoms vary more wildly among patients.

Fatigue has been attributed to IBS with adults finding themselves low on energy at work and in social interactions which can have a negative impact not only for you but also for those around you.

Patients with IBS have also found that their sleep suffers – difficulty falling asleep, waking frequently, and feeling unrested in the morning have all been reported. In general, patients have found their energy levels and restful states much lower with the onset of irritable bowel syndrome.

This could result in lower productivity, less satisfying relationships and reduced work output. 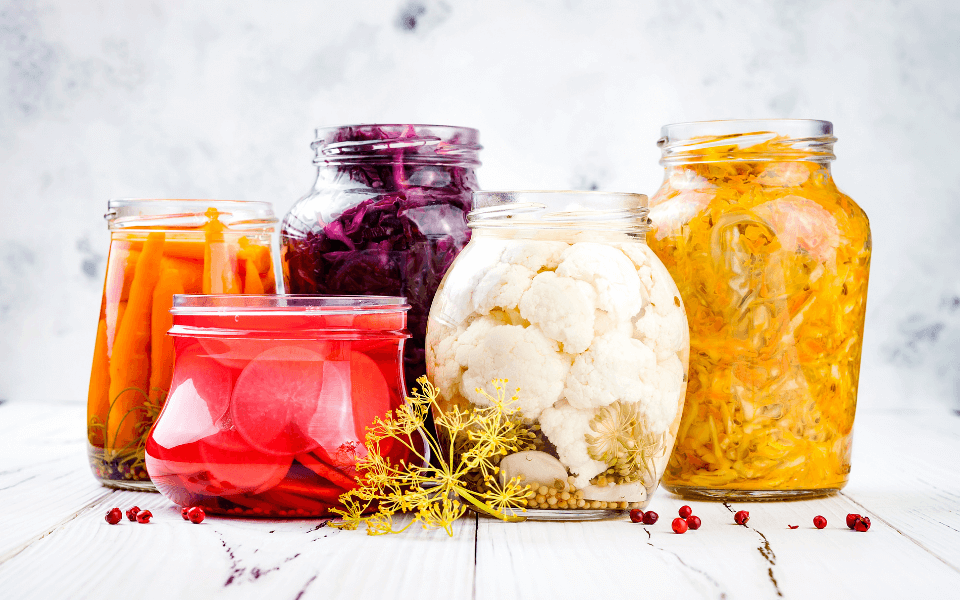 Treating IBS is a matter of installing lifestyle and dietary changes that are recommended by a doctor.

This means that a holistic approach is required to deal with the many facets of one’s biology and lifestyle that may be causing the patient’s IBS.

In general, lifestyle changes and recommendations about what you should eat may be combined with medicines, probiotics and mental health therapy, depending on the patient’s particular risk profile.

Patients need to heed the medical advice of their doctors when it comes to their specific situation. That said, here are a number of treatments that your doctor may recommend or extra treatments you could add to your treatment plan.

First, let’ look at several things you should certainly not do. Avoid doing this to help relieve irritable bowel syndrome symptoms:

In short, you want to try and avoid ingesting food and drink or engaging in behaviour that will place unnecessary stress on the gastrointestinal tract.

Now let’s take a look at some positive behaviours one can get into to lower the risk of irritable bowel syndrome onset.

A solution seemingly as old as modern medical advice itself, the benefits of exercise apply to IBS therapy as well.

Not only has it been shown to improve IBS symptoms, but it also has a well-known effect on anxiety and depression which are IBS risk factors.

Exercise has the potential to alleviate symptoms and lower the reoccurrence of IBS down the line.

Our bodily functions are controlled by our biological clocks, or circadian rhythms. Gut functioning also follows this cycle.

As a result, if one’s sleep is disrupted, the gut may be suffering. It’s recommended to stick to a sleep schedule to help control fluctuations in gut irregularity.

If one is travelling across time zones, it may be worth taking some melatonin which can help regulate the circadian rhythm.

Consistency is key here. The upsides can be significant, not just for gut health but for one’s overall health as well. 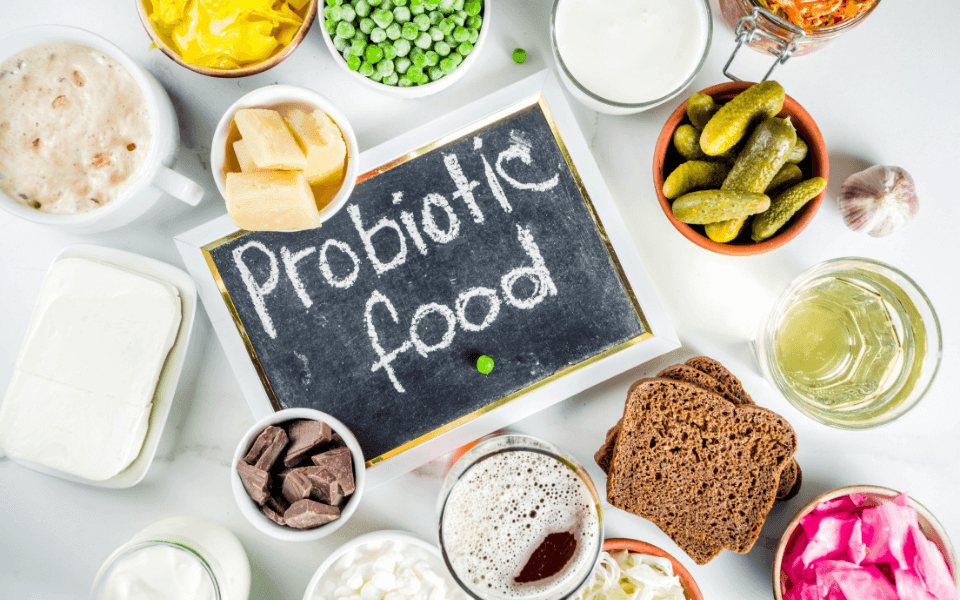 Your doctor may prescribe certain medications to alleviate IBS symptoms and combat their reoccurrence.

An antihistamine may be given as this can help lower the histamine released in your gut due to an allergic reaction. This can lead to reduced inflammation and a resultant decrease in IBS symptoms.

Antidepressants in low doses have been shown to alleviate symptoms. Depending on the type of symptoms a patient is experiencing, different antidepressants may be prescribed.

Some help to inhibit the activity of nerves in the gut which helps to lower pain. In other cases, an antidepressant can be prescribed to speed up the gastrointestinal tract.

As mentioned earlier, IBS could be the result of an overgrowth of bacteria. In such cases, an antibiotic such as Rifaximin may be given by your doctor to inhibit the bacteria’s growth.

There are several lifestyle changes that can help alleviate IBS symptoms. Another two worth mentioning here are probiotics and yoga.

Probiotics help to balance your gut microbiome. They’re referred to as the “good bacteria” and can be found in many food sources such as dairy products and fruit like bananas.

Including this in your diet can be a good idea to get your gut microbiome to a sustainably healthy position.

Yoga has been suggested to alleviate the symptoms of IBS. One way it may achieve this is by increasing serotonin levels thereby decreasing feelings of stress and anxiety.

Irritable bowel syndrome, while not life-threatening, can be a major bump in the quest to living a comfortable, problem-free life.

Unfortunately, the symptoms associated with this mild disease can make that quest difficult.

For more information on the diagnosis and treatment of GI tract conditions in Johannesburg, contact Dr. Schneider or visit www.gidocjhb.co.za and book your consultation today.