A polyp is a tissue growth that protrudes from a bodily surface, usually a mucous membrane.

It is an abnormal tissue growth that resembles little, flat bumps, or mushroom-like stalks.
The majority of polyps are tiny, measuring less than half an inch in diameter.

Polyps are treated differently depending on their size, location, and whether they’re benign or cancerous.

They can develop in the following areas inside the body:

There are two common types of polyps shapes: pedunculated (suspended from a stalk) and sessile (flat and emerges from the surrounding tissue).

Polyps are not all the same.

The five most prevalent forms of colon and rectal polyps are as follows:

Adenomatous is the most common type of colon polyps. They are typically tiny, measuring less than 1/2 inch in diameter. They grow in a tube shape, as the name tubular adenoma suggests.

When this sort of polyp is discovered, it is examined for signs of cancer. Although only a tiny fraction of adenomatous polyps progress to malignancy, practically all malignant polyps begin as adenomatous polyps.

Fortunately, the transformation of these polyps into colon cancer takes a long time so they can be detected and removed before that happens with frequent screening.

People with inflammatory bowel disease (IBD) are more likely to develop these.

These polyps are also known as pseudopolyps because they are not actual polyps but rather form as a result of chronic colon inflammation.

Serrated polyps might develop malignant depending on their size and location in the colon. Precancerous polyps are larger serrated polyps that are often flat (sessile), difficult to identify, and found in the upper colon.

Under the microscope, the polyps are distinguished by their saw-toothed appearance. Only by removing polyps and analyzing them under a microscope can the types of polyps be identified.

Hyperplastic polyp, or small, serrated polyp in the lower intestine that forms at the colon’s end, is rarely cancerous. It is the growth of additional cells that stretches from your body’s tissues.

Your stomach may also develop hyperplastic polyps. In fact, stomach polyps of this sort are the most prevalent.

Small stomach polyps are usually unnoticeable and do not produce any symptoms but as you become older, your chances of developing stomach polyps increase.

Villous or tubulovillous adenomas have a high chance of developing into cancer. They are frequently sessile, making removal more difficult.

Smaller villous adenoma polyps can be eliminated with a colonoscopy, while larger polyps may need surgery to be completely removed.

The vast majority of polyps do not progress to malignancy. Certain forms of polyps have a higher risk of developing cancer.

The removal of polyps during a colonoscopy lowers the chance of colon cancer developing in the future. 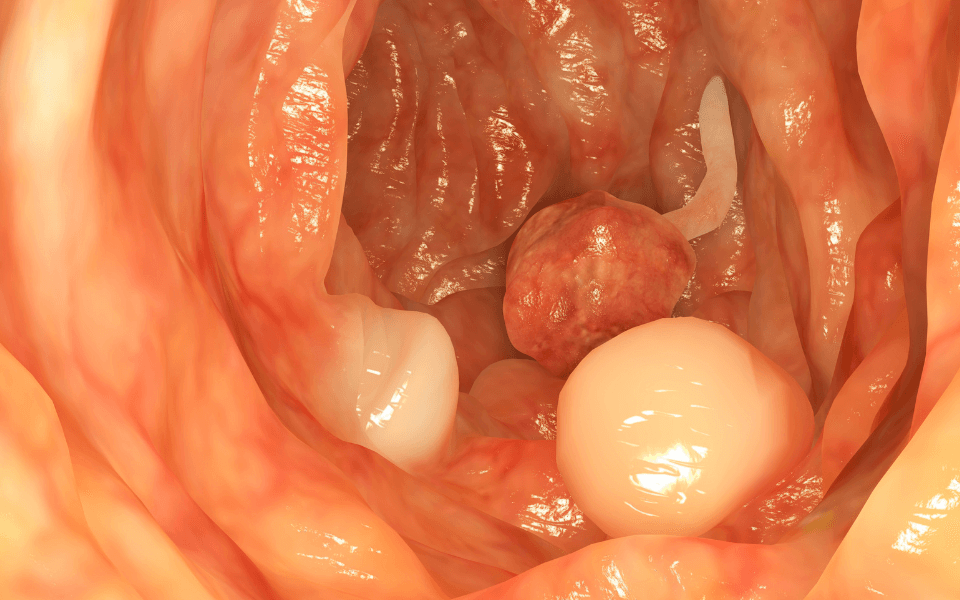 What are the Causes and Risks of Polyps

There is no obvious cause as to why polyps exist and there are times that doctors can’t determine their cause.

But they often develop from the abnormal growth of cells. The causes can also depend on their location.

Some others are as follows:

Anyone can get polys but according to the American Cancer Society, people who have the following factors are at a higher risk:

Polyps and colon cancer are also linked to some hereditary disorders, such as: 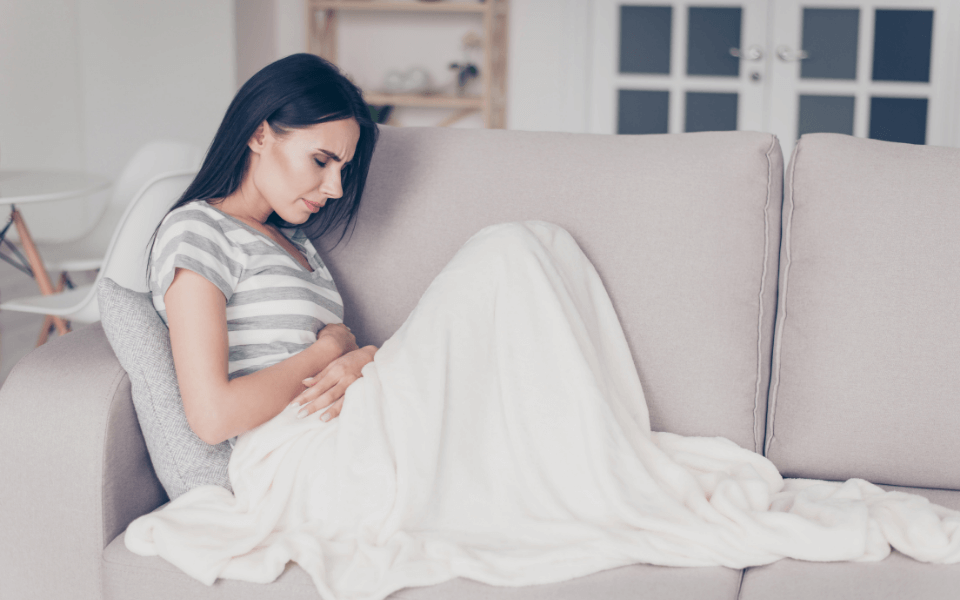 What are the Symptoms of Polyps?

The majority of colon polyps do not cause any symptoms. You won’t know you have one unless you take a test to find out. If you do have signs, they may include the following:

Other symptoms in the following locations of polyps are as follows: 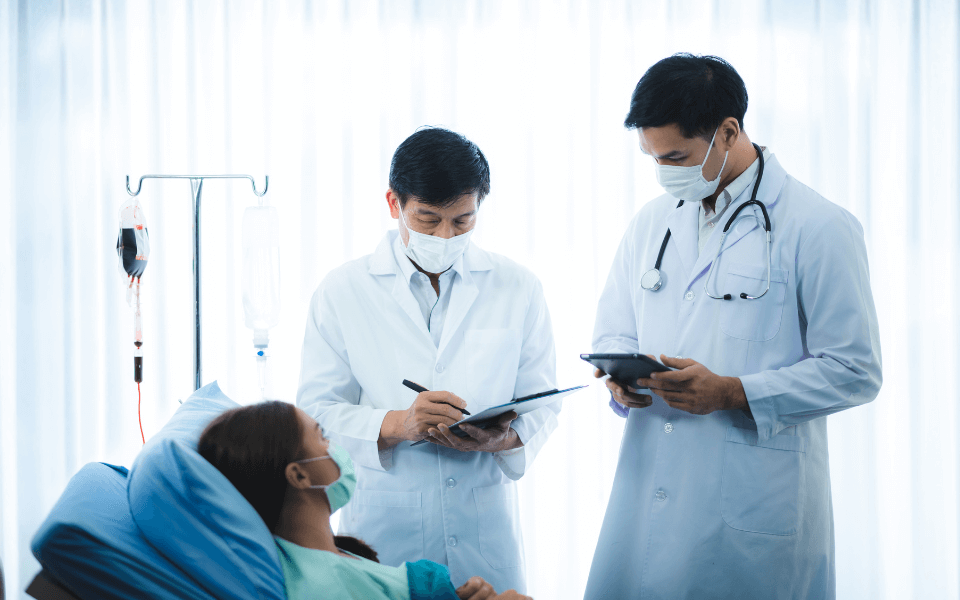 Various approaches are utilized to get a sample depending on where the polyp or polyps are located. These are some of them:

Other screening tests you can take are the following: 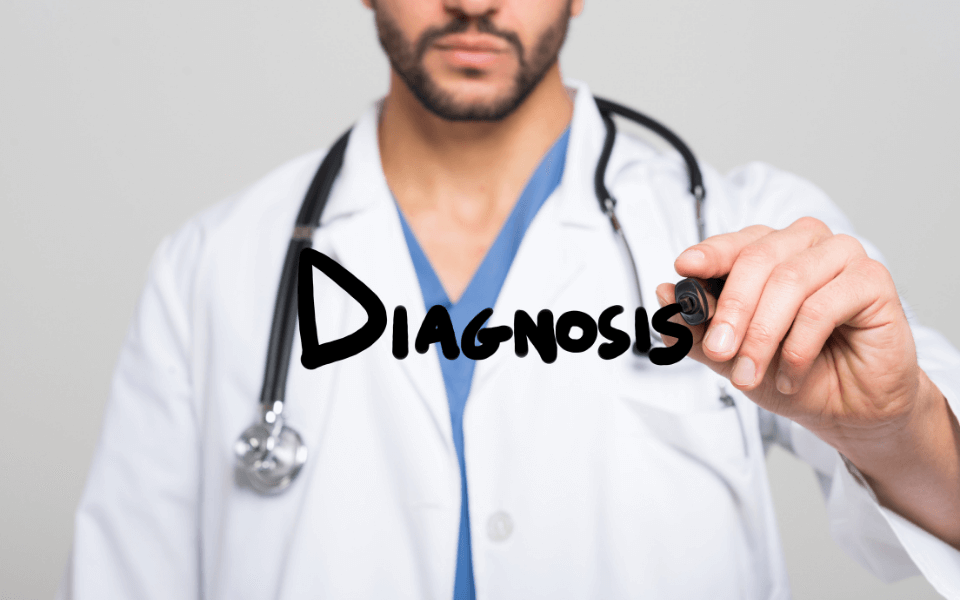 A pathologist (a doctor who specializes in evaluating tissue samples) will analyze your polyp tissue under a microscope to see if it’s malignant and any polyps discovered during your colonoscopy will almost certainly be removed by your gastroenterologist.

Prevention is better than cure so always have regular screenings and try to adopt a new lifestyle and healthy habits.

If you’re in a high-risk situation, think about your options and consult an expert now.

Learn More from the Experts

GiDoc Johannesburg is here to provide you with expert medical advice in the field of gastroenterology.