The Truth About Crohn’s Disease: Causes, Symptoms, and Treatment

What is Crohn’s Disease, exactly?

The intestines are responsible for the absorbing of nutrients from food, as well as eliminating any toxins or waste material.

The intestines are filled with 4 different types of cells.

The stomach secretes an acid to help break down food and the intestines absorb most of the nutrients and water from the food we digest.

Deglutition is controlled by a group of nerves situated in the throat and mouth and is called the pharyngeal plexus.

Crohn’s Disease (CD), or Crohn syndrome, is a type of inflammatory bowel disease (IBD) marked by patchy areas in various sections of your gastrointestinal tract that cause ulcerations and pain.

Crohn’s disease can occur anywhere along this pathway, but it most commonly manifests itself as inflammation of the small intestines (ileum) and can lead to impaired digestion, unintended weight loss and serious complications like blockage of the intestinal tract (strictures) or fistulas.

Here we will look at some more in-depth information on the symptoms, causes and treatment of Crohn’s Disease. 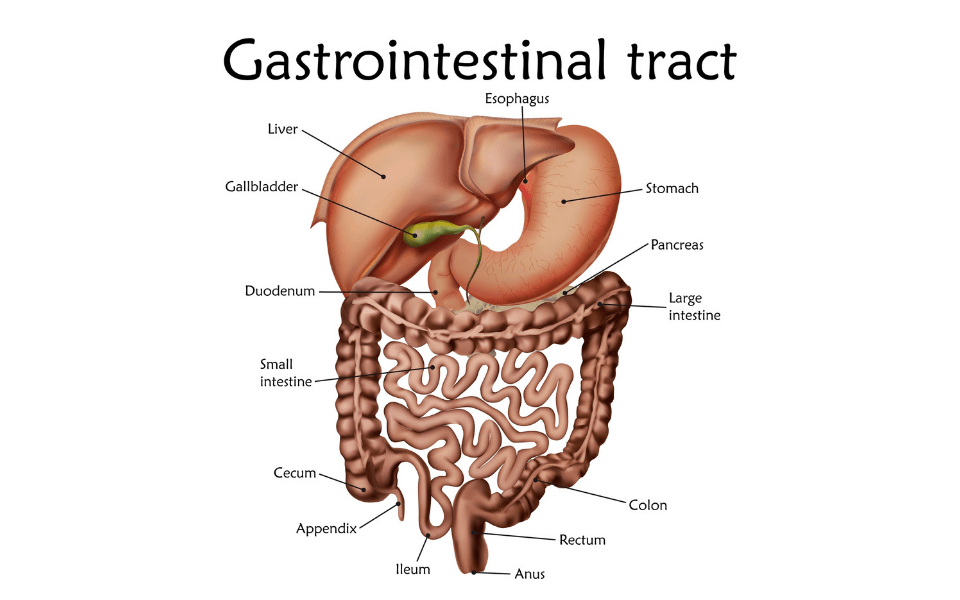 Most Common Symptoms of Crohn’s Disease

Crohn’s disease affects people between their mid-teens to mid-thirties, with onset most common between fifteen and twenty years of age.

Most people who suffer from Crohn’s can experience the following symptoms:

Scientists have still not found a definite answer to this, but they believe it to be a combination of genetic and environmental factors.

Some of the most common ways to find the cause of the disease are as follows:

Medical Research
Some medical studies and associations have been attempted to uncover the reasons for the disease, including genetic and genetic predisposition, autoimmune, and inflammatory processes.

Biology
Some research suggests that certain aspects of the digestive tract might play a role in the disease, such as dysbiosis, bacteria-host interactions, and inflammation.
There is limited evidence that bacteria associated with the disease, or bacterial toxins in the intestine can contribute to the development of Crohn’s disease.

Environmental factors
Other research has linked Crohn’s disease to a diet.

It is believed that an incorrect diet that is too low in fibre is the primary reason Crohn’s disease was first discovered.

However, researchers have suggested that it could also be genetic or environmental.

The incidence of Crohn’s disease is low among the general population, however the number of people suffering from this chronic bowel condition continues to increase.

In 2006, Crohn’s disease was diagnosed in 27.7 million people, accounting for approximately 1.9 percent of the total population.

More specifically, around 730,000 cases of Crohn’s disease were recorded in the United States.

As with many other chronic conditions, the cause is unknown. However, one plausible reason is an alteration in the food-borne microbiota and the community of microorganisms. Crohn’s disease is diagnosed by a process of elimination, meaning your physician will start with the least invasive tests possible and then progress towards more invasive testing until a clear diagnosis is attained.

There are a number of tests available which can help diagnose the condition: 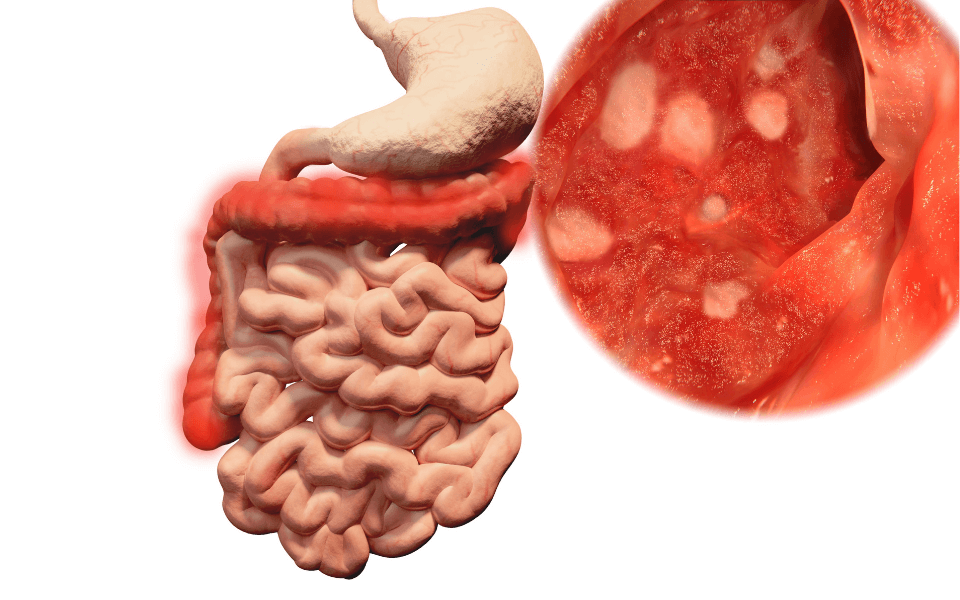 How to Prevent Crohn’s Disease from Flaring Up?

The first line of treatment is generally medication to control the inflammation and decrease the amount of abdominal pain.

There are currently no curative treatments available for Crohn’s disease.

However, it can be manageable with medical treatment, dietary management, and symptom management.

What are the symptoms of IBD? 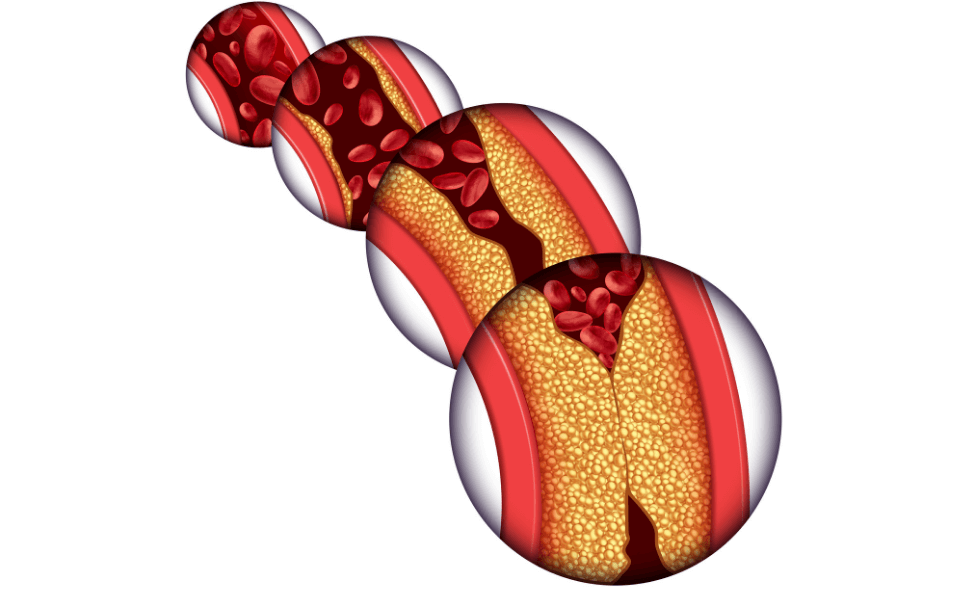 Diet and Exercise for Crohn’s

If you consume gluten, there’s a chance that eventually your immune system will go into an attack or “auto-immune” mode.

You might not notice symptoms at first because it takes a while for the symptoms to appear; they’re often subtle and develop gradually.

However, once symptoms kick in, they’re hard to ignore especially if the symptoms are severe like stomach cramping, diarrhea or other serious symptoms like bleeding ulcers or other complications.

Effects of the auto-immune response can take time to appear… If you suddenly drop weight without trying, it should be cause for concern particularly if other symptoms suddenly manifest themselves.

A leaky gut occurs when your intestines become damaged and porous, allowing food particles and other toxic bacteria into your blood stream which triggers inflammatory responses that affect all aspects of your health including your GI tract, heart and even liver functions.

The Crohn’s diet includes avoiding fats because their overconsumption contributes to infiltration by foreign particles through pores in your intestines.

Advantages of surgery include avoidance of lifetime medications and improved digestive function in over 50 percent of patients in some studies.

Surgery is still considered the treatment of last resort because it’s major abdominal surgery is associated with many complications, including death (one per 20 patients in some studies).

If there is no improvement after surgical resection of the bowel wall over 60% are likely to benefit from laxative therapy.

Early research suggests that intestinal rest, or fasting, can reduce symptoms in chronic inflammatory bowel disease (IBD) by reducing inflammation throughout the body.

Crohn’s disease is a condition that affects your gut, causing inflammation and ulceration of the lining of your digestive tract.

The cells that line your digestive tract are often called the mucosa, and they’re connected to your lymph nodes and other organs in your body.

Crohn’s disease is the result of an inflammatory response to the immune system’s attack on the intestines. In Crohn’s disease, the mucosa, or lining of your intestines, is damaged and inflamed.

Crohn’s disease can affect any part of the intestines, including your mouth, the skin, and the lining of your abdomen.

GiDoc Johannesburg is here to provide you with expert medical advice in the field of gastroenterology and treatment of gastrointestinal issues.