Those who suffer from Gastroesophageal reflux disease experience heartburn or acid indigestion.

GERD, as it’s known, refers to a disorder of the digestive tract which affects the lower oesophageal sphincter (LES) in particular.

The LES muscle which is shaped like a ring can be found between the oesophagus and the stomach. It is this muscle that is largely responsible for GERD symptoms.

The LES operates by stopping food and acidic stomach fluids from flowing back into the oesophagus.

This function is performed by opening for food to pass into the stomach and then closing afterwards to prevent unwanted backflow.

When the LES weakens or relaxes when it shouldn’t, stomach contents are able to go back up into the oesophagus and cause the associated symptoms such as heartburn, or acid indigestion. 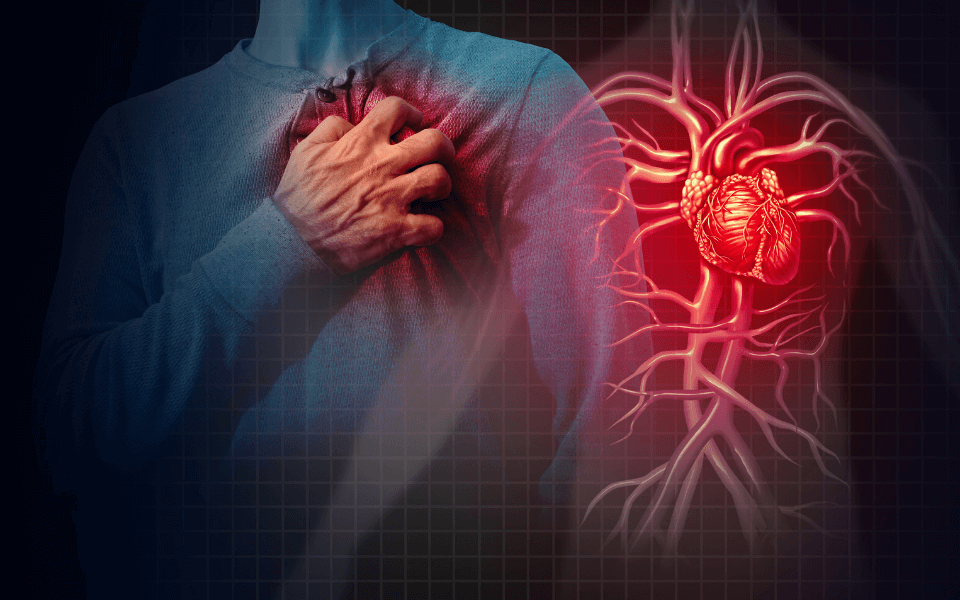 Heartburn is an often-felt symptom for those suffering from GERD and is something familiar to many people. The feeling is characterized as a burning sensation in the chest.

This pain starts behind one’s breastbone, almost behind the heart – hence the term “heartburn” – and moves up into the neck and throat.

The length of time in which this particular sensation is felt can vary with time depending on one’s posture – lying down or bending over can worsen, or even cause, it – but may last up to two hours in some cases.

People have reported feeling better after standing up if the heartburn sensation started while they were sitting or lying down so that may be an immediate, short-term solution to dealing with the pain.

Medicinally, antacid tablets can be taken to help clear out the acid in the oesophagus and relieve one of the burning sensations.

Other symptoms of gastroesophageal reflux disease, besides the physical pain, can include a host of others such as:

At night, due to the laying down posture, acid reflux is known to commonly occur.
The angle makes it much more difficult for an already weakened sphincter to remain closed in the face of acid backflow.

Night-time acid reflux presents with additional signs and symptoms including: 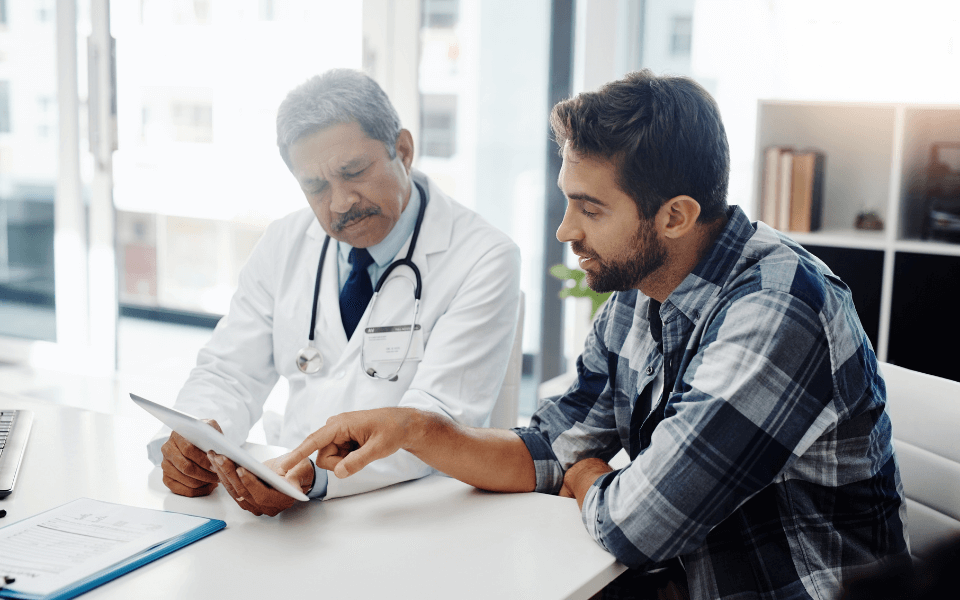 When to See a Doctor

Due to the physical location of the chief symptom of gastroesophageal reflux disease – behind the heart.

The difference cannot be told by you though so if you do experience this pain, it is always best to seek professional medical help to make a correct diagnosis and implement a treatment plan if necessary.

One should also go see one’s doctor if symptoms are experienced several times a week, the symptoms are severe, one has difficulty breathing, or when over-the-counter medications are not working. 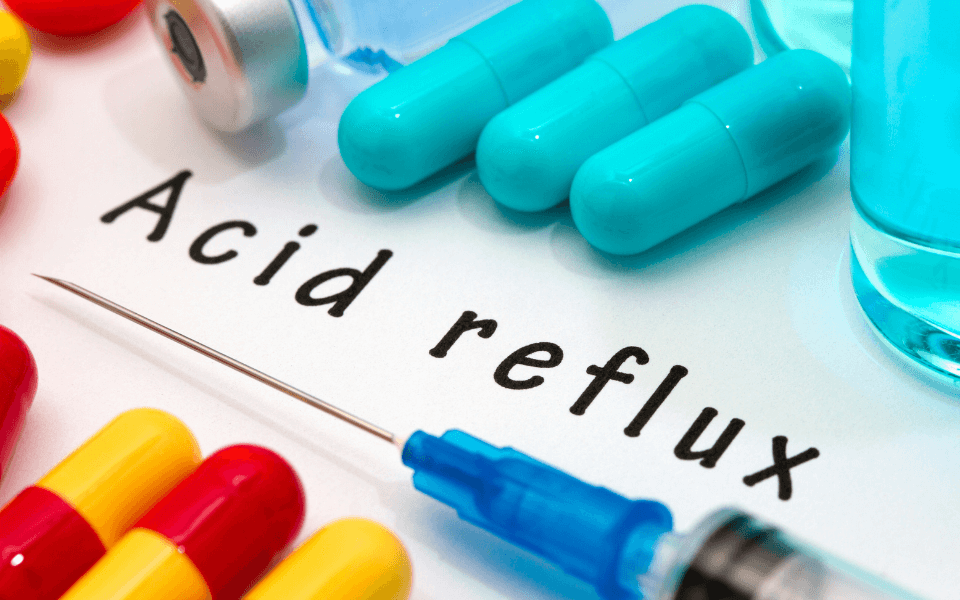 Self-help measures just involve more knowledge of food consumption habits such as eating smaller but more frequent meals, keeping to a healthy weight, not eating large meals late at night, and avoiding any food or drink that you know may trigger symptoms.

By maintaining a healthy physique, less pressure is being put on the physiological system which allows it to perform at a more optimal level.

When the body is healthy, things tend to work better throughout the biological system – gastrointestinal tract included.

OTC medicine is only necessary when symptoms arise. However, long-term treatment may indeed be needed, and this may involve prescription medicine as determined by one’s doctor.

Surgery is the last and most serious measure to be taken. It may be recommended by one’s doctor if medication is not preventing stomach acid from moving up into the oesophagus.

2. H-2-receptor blockers are used to reduce acid production in the stomach. These don’t perform their intended functioning as quickly as antacids, but they do provide longer relief and may provide useful effects for up to 12 hours such as reducing the acid production.

3.  Proton pump inhibitors perform two important functions in that they block acid production and heal the oesophagus. They are stronger acid blockers than H-2-receptor blocker and thus allow time for the oesophageal tissue to heal.

These are available without a prescription from pharmacies. As with any medication, it’s always best to consult with your doctor before you take any new medicine. 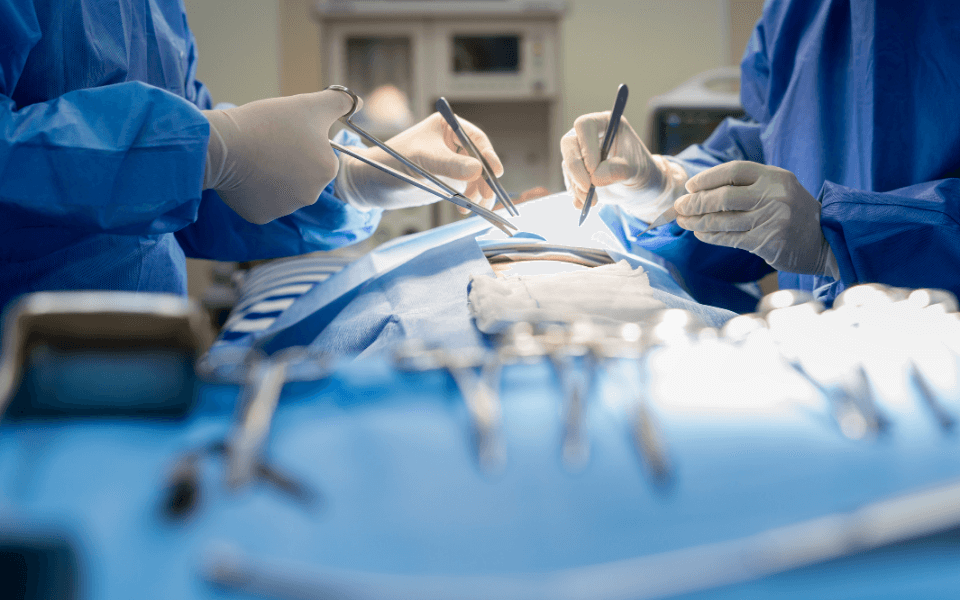 Medication is normally enough to control GERD symptoms but where medication is undesirable or ineffective, a doctor may recommend one of the following procedures:

Gastroesophageal reflux disease, while not commonly a serious disease. affects many people in the Western world today for a variety of reasons including increased obesity levels, poor dietary health, and increased risk factors such as alcohol and smoking.

In essence, GERD symptoms are the consequence of a weakened LES but may be treated, in most cases, with OTC medication, lifestyle changes, and surgery if needed.

Undergoing a lifestyle inspection and changing habits where applicable may mean the difference between continuously treating GERD symptoms and never having to deal with the problem of a lax lower oesophageal sphincter in the first place.

Prevention is better than cure.

But should you need a cure, we have you covered.

For more information on the diagnosis and treatment of GI tract conditions in Johannesburg, contact Dr Schneider at (011) 482-3010 or visit www.gidocjhb.co.za to book your consultation today.